For the unfamiliar, ‘Advertorials’ is a buzz-word traditionally associated with newspapers and magazines, in which some allow advertisers to insert a paid-for-article within their print publication or online.

The real magic happens in that, most advertorials allow you to include external links to other sites – whoa there boy, I smell an SEO opportunity!

In the past 5 years, advertorials have exploded as an SEO tactic, for a simple reason -

Now – I won’t lie, I’ve been a past advocate of advertorials (for good reason, which we’ll get onto) – but we may have a wee little problem.

Over the past day, Google decided to slap the PageRank of 600+ regional newspaper websites in the United Kingdom. 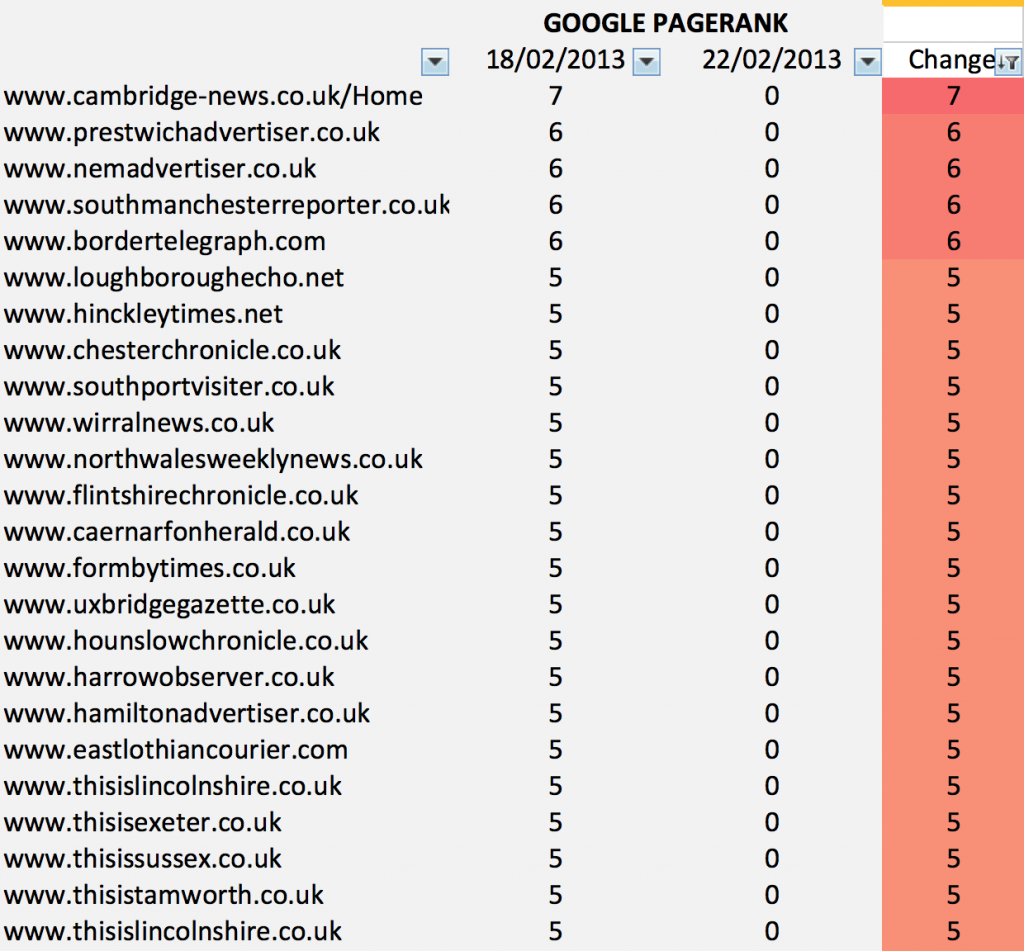 Going off-topic a second, despite the drop in Google Toolbar PR, each of these sites still is being regularly indexed by Google (maybe the drop to PR is simply to scare off link-buyers? heck, only SEOs look at Google PR anyway and Google has their own non-public page-rank score for all sites).

This discovery came to a head after a great bit of analysis by Anthony Shapley, to understand why florist-brand Interflora’s rankings were wiped off the face of the earth. Cutting the story short, and adding my own ‘gossip’ – they have been buying a massive bulk of 150+ advertorials at every key sales period (valentines, xmas etc.). Naughty!

So what does this mean moving forward? In short, despite this change, Advertorials continue to provide SEO value at the moment according to the data, remaining an effective SEO tactic for now (morals aside).

Let’s go on a magical journey as the answer is in the SERPs. Let’s take a look at a highly competitive search term, Car Insurance (450k searches per month) for example, with Confused.com ranking 1st and MoneySupermarket.com 2nd as of writing.

Digging through each sites backlink profiles at a glance, each has invested in Advertorials at some point, links which continue to be indexed, containing phrase-match anchor text, and contributing to their rankings (I’m not trying to name and shame here in any shape or form, I’m just as so-called ‘guilty’). 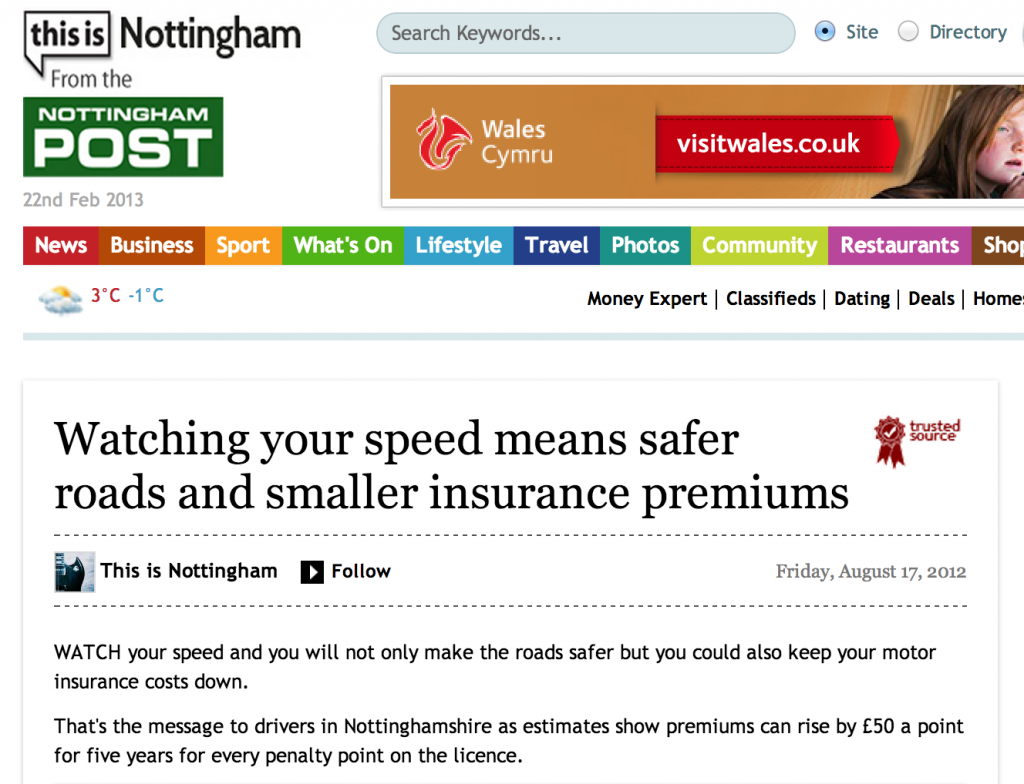 MoneySupermarket.com Advertorial on ThisIsNottingham (a site which has dropped from PR6 to 2)

Now, don’t get me wrong – is this engaging content? nah, does it attract any traffic, social buzz or natural links?  nope, should it be indexed? probably not.

Of course, there is also a huge amount of  other factors contributing to their performance – on-page, technical considerations and awesome content marketing (which I’m a huge champion of).

BUT it’s tough to ignore the fact that sites who tend to rank in competitive SERPs, clearly see SEO value from paid-for link building in some form RIGHT NOW.

I know what your thinking – will Advertorials work forever? are they  future-proof? Of course not, it’s clear given the evidence above this tactic is diminishing, but absolutely nothing is future proof (I hate the phrase).

In conclusion, I would advise that an SEO strategy has to be agile and diverse – considering the current market situation (where content-based paid links such as advertorials arguably still play a role), while also investing in smarter tactics, whether it be content marketing (pitching great content to editorial sites), brand building or something else yet to be determined.

All comments and debate appreciated, please don’t think I’m saying let’s all just buy links and relax in the pub.

Any human can spot a paid-link, Googlebot will eventually also. For example, all advertorials have to state ‘ADVERTORIAL’ on the content by law, and also end up dumped in a archive after 12-months – here’s an example from TalkTalk, it’s a goldmine for the Search Quality Team.